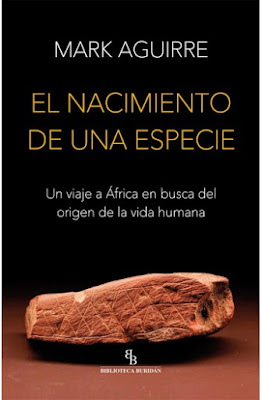 The journalist Mark Aguirre is fascinated by understanding how we have become what we are, why we live in a group and support alliances, hierarchies and rivalries, why we walk upright on two legs, we have weak jaws and muscles, why we invent technique, what we cook or why we are omnivores, why we have big brains, we are curious and observant and we create culture, how we were able to create symbols that we understand collectively, why we have a creative language, we are religious and we produce art, we interpret the world or we can organize and mobilize large crowds of individuals in search of an objective. And he has allowed himself the luxury of satisfying this fascination by writing a popular book in which he raises all these questions while traveling through Africa visiting the most descriptive bone deposits of how our ancestors were.

It offers us, then, an entertaining excursion through the three hundred pages of "The birth of a species", where we learn of their progress but also of their personal adventures and experiences in the different scenarios that they visit. We accompany him, therefore, while two gorillas clean one to each other of insects and dirt back in the Rwandan Virunga mountains or when interviewing those in charge of museums where vestiges of our ancestors are preserved in Pretoria, Johannesburg, Cape Town or Lusaka. Also when he makes an excursion to the spanish cave of Atapuerca. Or when he takes the pictures that illustrates this very careful book on his details.

After this journalistic-scientific journey we have no doubt that our origin is African. The first hominids that walked upright 4.2 million years ago did so in Africa and the first populations of our species appeared there about 300,000 years ago. 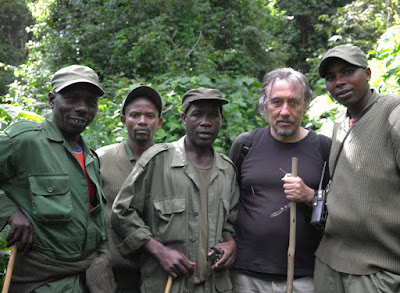 Aguirre, with four chimpanzee trawlers in the Nyungwe forest, in Rwanda

Probably, some anthropologist or archaeologist will frown upon this work, questioning some of the statements it contains. They will see in its author as an upstart that gets into a limited area for scientists who spend their whole life digging up skeletons, visiting hidden grottos or discussing about where the human being comes from. But those discussions and doubts also exist within the same scientific sector.

We are facing an exciting and fun approach to what is known today about our origins. A journalist who knows his trade to perfection, who narrates the facts with a clarity and descriptive way that engages, speaks to us. If "The birth of a species" falls into the hands of young people who have not yet decided how to focus their educational future I dare to predict an increase in enrollments in anthropology faculties of a human nature. For this it would be a good thing that this book edited by the Buridán Library to be translated and published in many languages.

In some African ones, if possible. 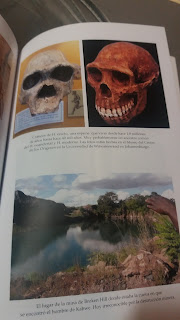